Prejudice, discrimination or antagonism by an individual, community or institution against a person or people on the basis of their membership of a particular racial/ethnic group, typically one that is a minority or marginalised.

The UN describes racism as: Any distinction, exclusion, restriction or preference based on race, colour, descent or national ethnic origin.

How will Cork City Comhairle na nÓg embed this policy in our work?

How to report racism:

The procedure for reporting a racist incident is reporting it either by contacting staff at Cork City Comhairle na nÓg or through the anonymous form which can be accessed on the website.

What actions will be taken in response to racism?

In the case of a racist incident the actions that will be taken are the following:

1st incident: The individual will be given a verbal warning by a staff member of the specific incident outlining the aspect of behaviour that is unacceptable. It will be clearly stated that this is a first warning. The individual will also be encouraged to write a 250 word apology.

2nd incident: A written warning will be issued and the individual’s parent or guardian will be informed. The individual will be suspended from all Comhairle meetings and activities for a period of time depending on the severity of the incident. Parents or guardians will also be requested to attend a mandatory meeting to review behaviour.

3rd incident: In the event that an individual continues to exhibit racist and/or disruptive behaviour the individual will be dismissed as a Comhairle member.

As a member of Cork City Comhairle na nÓg, I understand and agree to adhere to the above policy. I understand that I can contribute to amendments of this policy and that I will be notified of any future amendments, should they occur.

Comhairle na nÓg are child and youth councils in the 31 local authorities of the country, which give children and young people the opportunity to be involved in the development of local services and policies.

Cork City’s CNN is facilitated by the YMCA in Cork city. 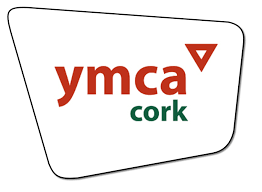